So, Wednesday was the long awaited sixth Budget from Mr Osborne. He didn’t make the changes to pension tax relief that we had been expecting and largely left pensions alone – for now. As you know, the main change from the last Budget was the restriction on pension contributions for higher earners and this has not changed.

I have summarised the points from this Budget which I think are most relevant to you.

A new Lifetime ISA (LISA) is being made available to savers aged between 18 and 40 from April 2017. Contributions will be limited to £4,000 with the government boosting savings to £5,000 each year but this will stop when the account holder reaches age 50.

Other withdrawals will be allowed, but the Government bonus, and the growth on it, will be lost.

If you, or your children, have started saving into an existing ‘help to buy ISA’ these can be transferred to the new LISA. You won’t be able to contribute to both.

Any savings made into a Lifetime ISA are counted as part of the overall ISA limit. This is planned to be raised from the current limit of £15,240 to £20,000 in April 2017 so no changes right now on that.

The Government has published a summary of responses to the consultation ‘Strengthening the incentive to save: a consultation on pensions tax relief’. We are awaiting the Government’s decision on the next steps to take, if any.

From 6th April 2016, Capital Gains Tax rates of 18% and 28% for basic and higher rate taxpayers will be reduced to 10% and 20% respectively. However, for landlords or second property owners, the 18% and 28% tax rates will continue. The intention behind this is to encourage savers to choose to invest in stocks and shares rather than property.

The Chancellor has introduced a Sugar Levy (paid by the drinks companies) on soft drinks, after a lot of pressure from the medical community (and Jamie Oliver!) to act on obesity. The aim will be to raise £520 million a year which will be used to increase the funding for sport in school.

Fuel Duty was also frozen for the sixth consecutive year saving about £75 for the average driver.

DO I NEED TO DO ANYTHING AS A RESULT OF THE BUDGET?

With many elements announced not coming in until April 2017, and with 11 working days until tax-year end, what do you need to be thinking about now?

I hope this is helpful and please do give us a call if you have any questions. 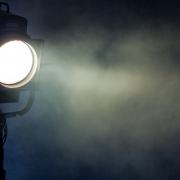 Spotlight on The Budget 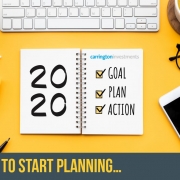 Cutting out the middle man
Scroll to top